Our office is a true family practice.
We are a family and we care for families. 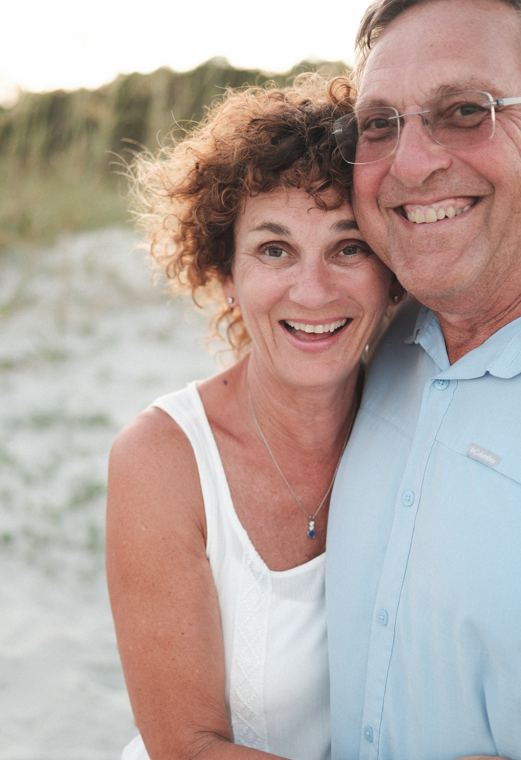 Dr. Jeff and Carol Aita grew up in New Jersey. They began dating in high school and have been married now for 40 years! Dr. Jeff graduated with honors from Rutgers University with a B.S. in physiology. He graduated with his doctorate of chiropractic in 1979 from National Chiropractic College. After graduating they moved to North Carolina and in 1981 opened an office in North Wilkesboro, N.C., whichwas one of the busiest practices in the state. Carol became a certified chiropractic assistant and was certified to take x-rays. Dr. Jeff and Carol raised three wonderful children there, and owned and operated that office for 22 years. In 1996, they started visiting Hilton Head and fell in love with the area. In May of 2003 they moved to Bluffton and opened Bluffton Family Chiropractic. They are both members of Life Force, a group of doctors and chiropractic supporters who want to make sure that everyone on the planet has access to chiropractic care and a chiropractic education. In October of 2015 Dr. Jeff was elected to the Board of Trustees of Life University. 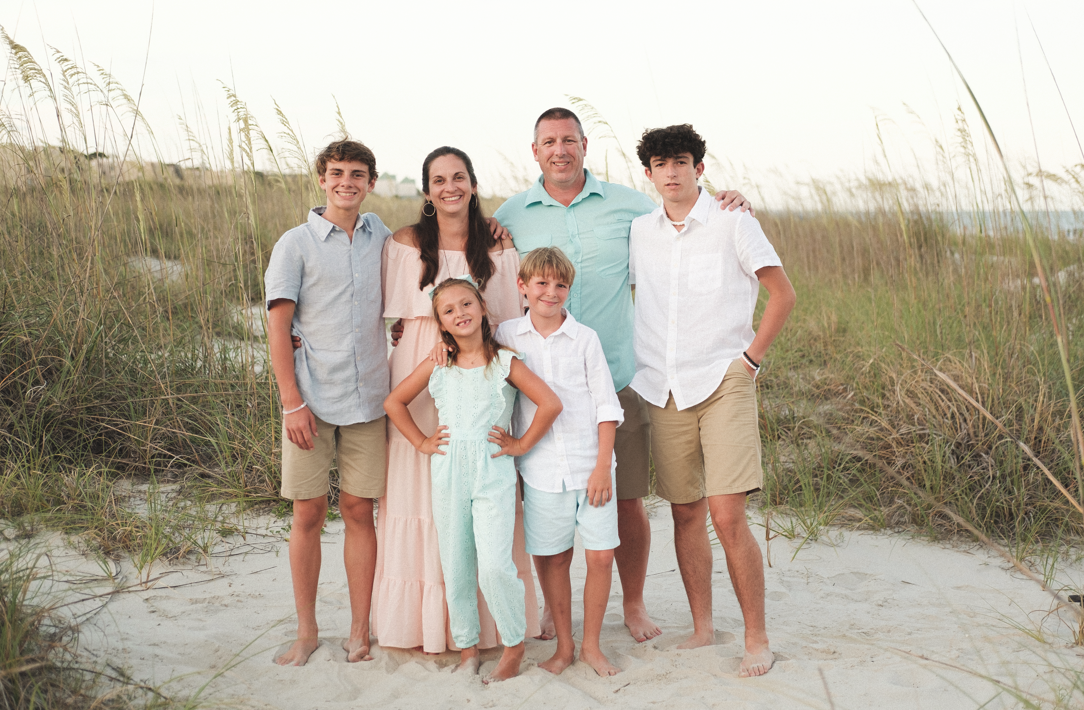 Dr. Kate Aita Houpt is Dr. Jeff and Carol`s daughter. Around age 3 she announced that she too would be a chiropractor and has been headed toward that goal ever since. She attended undergraduate school at USC Spartanburg (Upstate) and then went onto chiropractic school at Sherman College of Chiropractic. During her time there she was president of Women in Chiropractic and her class representative in the chiropractic student council. Upon graduation she received the B.J. Palmer Philosophy Distinction award for her dedication and hard work for chiropractic and the community.Shortly after graduation she married John Houpt III. "Coach Hop" teaches physical education/health at Bluffton High School and he is the head football coach at Bluffton High School (Go Bobcats!). They have 4 children.  She and her husband hope to help educate the children in our community about the importance of taking caring for their health. Dr. Kate received her certification from International Chiropractic Pediatric Association in May 2011. She is also certified in the Webster Technique for pregnant woman. Dr. Kate primarily sees the pregnant patients, infants and children in our office. She is a member of Life Force and the ICPA. 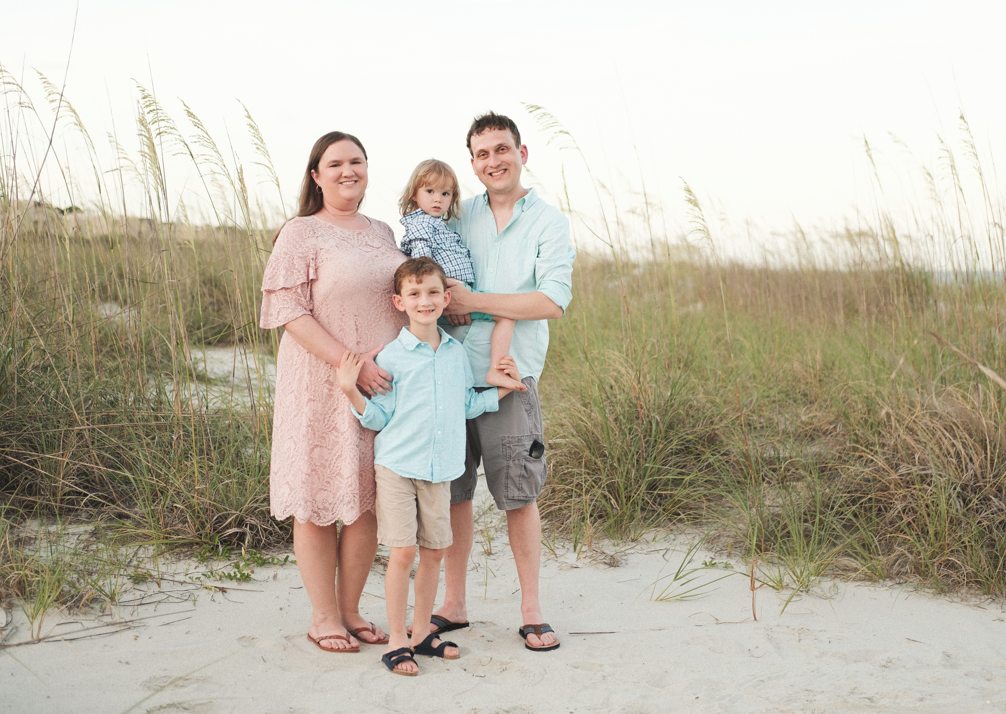 Dr. John Aita is Dr Jeff and Carol's youngest son and Kate's brother. Dr. John married his high school sweetheart Anne in the mountains of North Carolina. Anne got her masters in Library Science and is a technology specialist for Beaufort County School system. Dr. John attended the University of North Carolina at Asheville for his undergraduate degree which focused on biology and sports sciences. He then attended Life University for chiropractic school in Marietta, Georgia. Dr. John played soccer from six years old all the way through high school and is an avid Pittsburgh Steelers fan. His love for sports have made him place a special focus on treating athletes in the office, but he also has had extensive training in pediatrics. Dr. John and Anne have two boys. 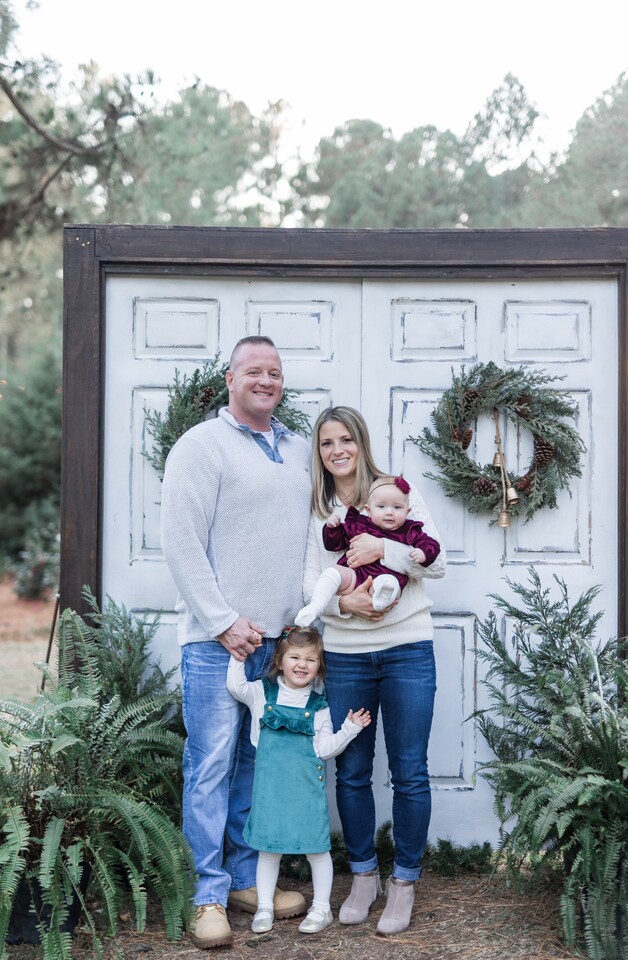 Dr. Courtney started at Bluffton Family Chiropractic when Dr. Kate took maternity leave in 2014. Since she fits into the BFC family so well, she will stay on with our team! Dr. Courtney is originally from upstate NY, but moved here after spending 5 years in Charlotte, NC. She attended New York Chiropractic College in historic Seneca Falls, NY. Dr. Courtney is trained in Active Release Technique- a special muscular technique that is great for sports injuries. She is also an IVCA certified animal chiropractor. She has two little girls. 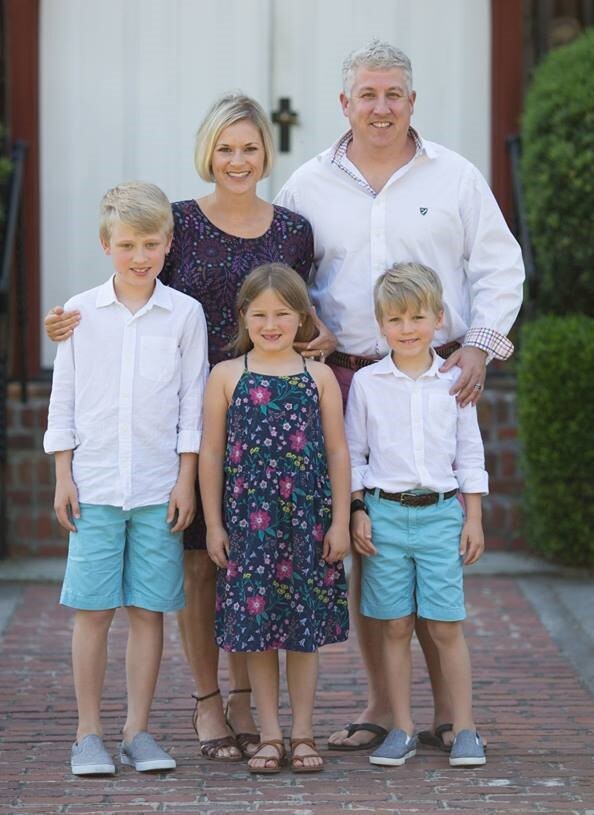 Dr. Joe and his wife, Shanna, and kids (Maksim, Ashlan and Mills) are excited to be a part of the Bluffton community. Dr. Joe attended Sherman Chiropractic College in Spartanburg, SC because of their strong philosophy and principles. After graduating from Sherman, Dr. Joe opened up a family wellness practice in Spartanburg, SC. He and his wife had all 3 of their children at home with a midwife and the entire family gets adjusted weekly as part of a healthy lifestyle. The family moved to Bluffton in 2014 to be closer to family. Shanna homeschools the kids and she loves meeting other Moms in the community. Dr. Joe loves working with people of all ages looking to live their best and healthiest lives. 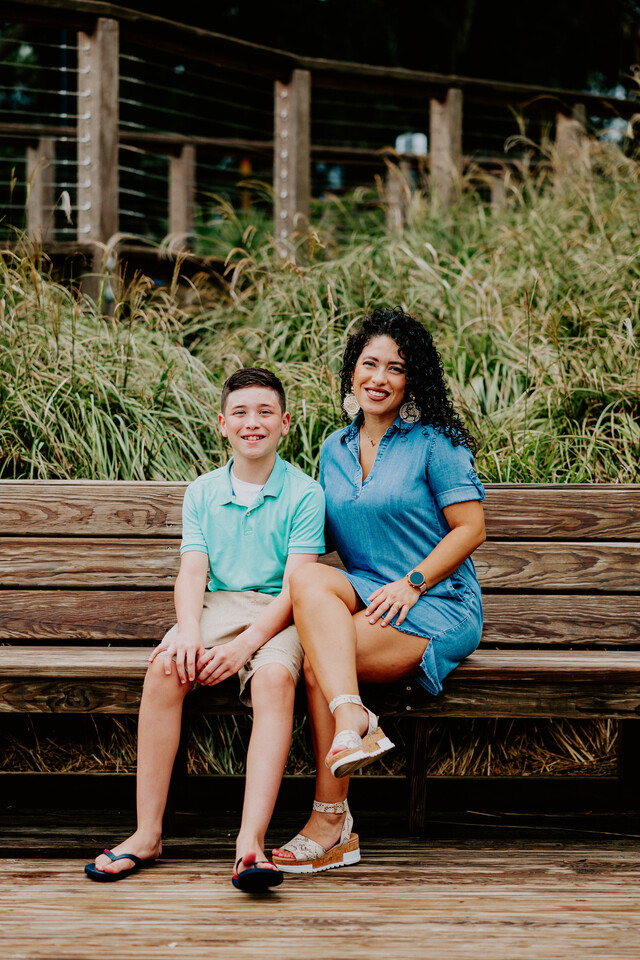 Dr. Lina was born in Colombia, South America but had lived in the United States for about 15 years. She used to work as a chiropractic assistance at our office, and fell in love of our profession which drove her to become a doctor in chiropractic herself. She had attended Life University of Chiropractic in Atlanta, Georgia because of their principles and strong philosophy. She and her son Logan are very excited to be back and be part of the Bluffton community again.  She speaks both English and Spanish.  Dr. Lina is ready to be working with people of all ages, pregnant women and kids in order to make them feel and live at their best. 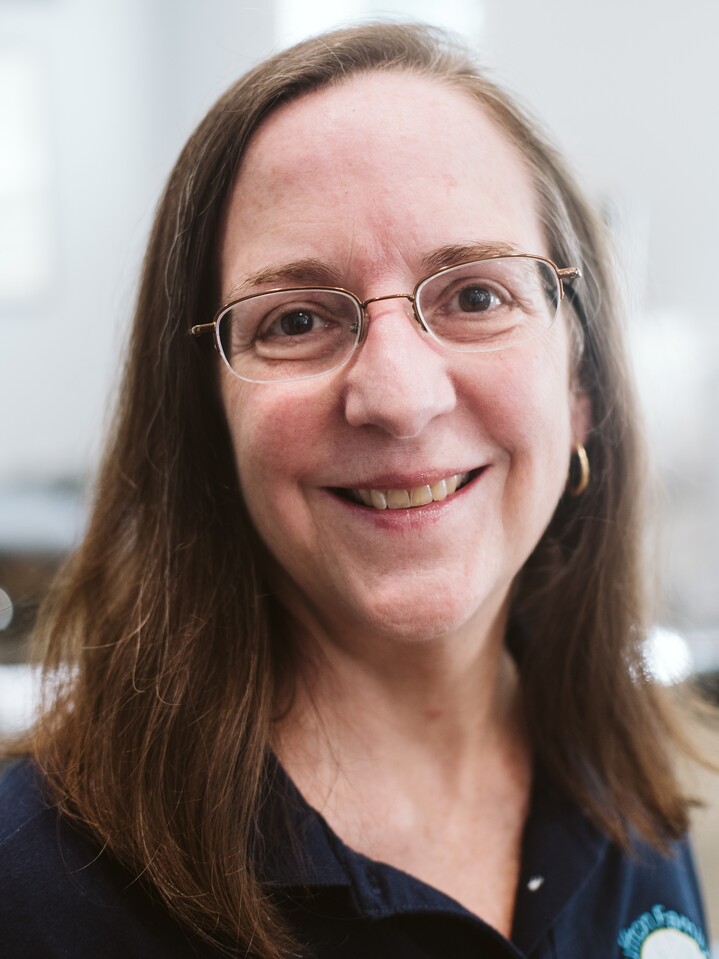 Dr. Lori knew she had a passion to pursue chiropractic as a profession when she was in high school.  She attended Maryville College in Maryville, Tennessee for her undergraduate studies and then attended Sherman College of Chiropractic in South Carolina.  She graduated in 1983, returned to New Jersey and married Jon Clark, a childhood friend, in 1987.   While Dr. Lori holds both a South Carolina and New Jersey license, she practiced chiropractic for over 30 years in southern New Jersey.  During that time, Jon was in all aspects of the mobile electronics industry which included his own retail store.   Jon is also a certified marine surveyor and owns Southern Shores Marine Surveying based on Hilton Head.   Dr. Lori now enjoys the administrative and patient relations position at Bluffton Family Chiropractic and adjusts patients as well when the need arises!  Though born and raised in New Jersey, Hilton Head has been home since 1979 when her parents moved here permanently.   Dr. Lori and Jon moved here permanently in 2015 and care for their elderly parents.  They enjoy traveling and sports. 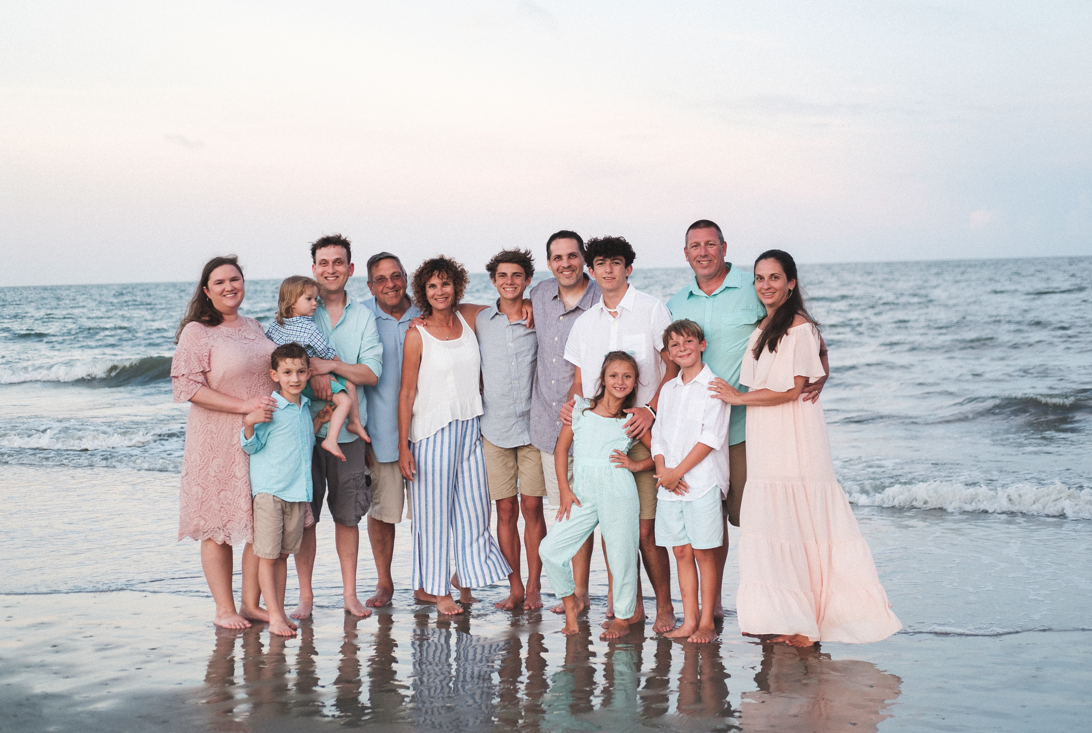 Our doctors are available for a free consultation to let you know if chiropractic is the right choice for you and your family. They are also available to to talk to your class or organization about natural health care. Give us a call today!